UK to ban politician's children from schooling in UK 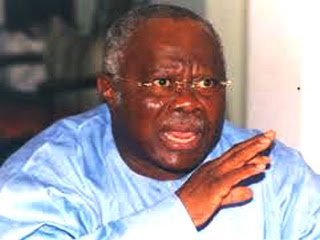 (Punch)The British Government may soon begin to bar children of corrupt Nigerian politicians from its private schools.
This follows last month’s conviction of a former governor of Delta State, Chief James Ibori, by a London crown court for stealing millions of pounds from the treasury of his state and spending the same to acquire luxury items around the world.
Ibori was convicted and sentenced to 13 years in jail after he pleaded guilty to stealing and laundering over $80m.
In an interview with Cable News Network, the Unit head of the Proceeds of Corruption Unit of London’s Metropolitan Police, Detective Chief Inspector Jonathan Benton, gave the hint that some measures would be applied against corrupt Nigerian politicians in the wake of the Ibori conviction.
He said, “We hope that, by tackling the likes of James Ibori, we’re saying to those stealing from the state purse, you can’t have your children at private school in London. You can’t have a multimillion pound house in one of the most affluent areas of London. You can’t drive around in top of the range vehicles. We won’t let you move money around to buy multimillion pound jets.”

The unit, staffed by a dozen or so detectives, traces the flow of foreign politicians’ money through London, and is funded by the UK government’s Department for International Development, which also delivers aid to Africa.
The unit investigated the Ibori case for seven years.
In the special report, CNN writes, ” Ibori employed a range of methods, some straightforward, some devious. He inflated contracts, took kickbacks, and simply transferred cash out of state accounts. He was helped by his family, wife and mistress, as well as by London-based professionals, who set up shell companies, assisted in purchases and provided false due diligence.

“As governor of the oil-rich Delta State in Nigeria, James Ibori’s salary was only $6000 a year, yet he managed to afford luxury properties, fleets of Rolls Royces, a Bentley and a Maybach, first class travel, private boarding school fees and a private jet worth $20 million.”

The report also examined the role played by British banks in aiding Ibori to loot his state’s treasury as well as why Nigerian politicians find London an attractive location for laundered funds.

“We are a major financial and legal centre so there’s a lot of expertise, and there’s also a lot of assets that go through the British financial institution, so it’s easier to disguise your assets,” Plamer told CNN.

Palmer, who also believes London seems like a great place to spend “illicit loot,” adds, “There’s a prestige about being able to bring your assets and your wealth into the UK.”
Posted by Unknown at 00:34