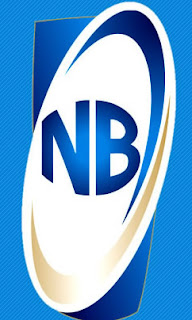 An Akwa Ibom State High Court sitting in Uyo, the Akwa Ibom State capital, has ordered the arrest of two Managing Directors of Nigeria Breweries Plc - Michael Hernkimij and Dr. Oladele O. Ajayi - and two other top management staff of the company in relation to a criminal case of conspiracy to defraud, stealing and forgery.
The other two top management staff are Frank O. Goweh and Yusuf Ayeni.
According to a statement by Lagos lawyer, Festus Keyamo, the Akwa Ibom State Government has appointed him as a private prosecutor.
The appointment was endorsed by the Attorney-General and Commissioner for Justice of Akwa Ibom State.
Though the statement did not state the particulars of the offence, the court issued a warrant for their arrest on April 26, 2012.
The warrant of arrest was signed by Friday J. Usoro, Principal Chief Registrar, GD 1.
The matter was then fixed for June 21, 2012 for plea and trial.
Hernkimij is a former M.D/CEO, Nigerian Breweries Plc while Ajayi is the Managing Director/CEO of Heineken Hungary, a sister company of Nigerian Breweries Plc.
Keyamo said a letter has been written to the Inspector General of Police, Mohammed Dikko Abubakar, to declare the men wanted.

The letter written on May 24, 2012 with the title: Notice of warrant of arrest of Frank O. Goweh, Michael Hernkimij, Dr. Oladele O. Ajayi and Yusuf Ayeni, reads: "Kindly find attached the Court Order and Warrant of arrest issued by the High Court of Justice, Akwa Ibom State, sitting at Uyo, (Per Honourable Justice Andrew E. Okon) on the 15th day of May, 2012 against the underlisted persons:
1.    FRANK O. GOWEH, (Former employee, Nigerian Breweries Plc)
2.    MICHAEL HERNKIMIJ, (Former M.D, Nigerian Breweries Plc)
3.    DR. OLADELE O. AJAYI, (Former Director Sales, Nigerian Breweries Plc)
4.    YUSUF AYENI,(Current employee, Nigerian Breweries Plc)
"However, in a bid to escape from justice, these persons have since left the Country to take up new appointments elsewhere. We understand that MICHAEL HERNKIMIJ is now the Managing Director/Chief Executive of Sara Lee Corporation, Illinois, United States of America and DR. OLADELE O. AJAYI is now the Managing Director Heineken, Hungary.
"We urge you to use your good offices to cause the arrest of the above mentioned persons by using both the Local and the Interpol department of the Nigeria Police Force to fish them out from whatever place or Country they are currently hiding and bring them to justice.
Posted by Unknown at 10:37