Baclays Bank kicks Okoya's children out of home over debt 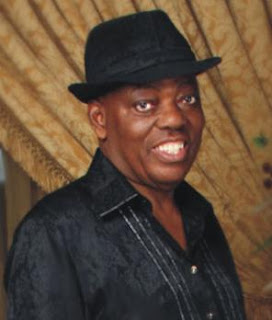 Rasaq Okoya Loses Property to Barclays’ Bank Debt ….Moves Children Out of the Estate
ALHAJI RASAQ AKANNI OKOYA Lagos based billionaire and property mogul, Alhaji Rasaq Akanni Okoya might have chewed more than he can bite as the business mogul is said to be facing stringent rules and conditions over one of his loans which has gone bad. According to inside sources, the party socialite and once upon a time popular industrialist might have lost one of his mega properties, the famous Eleganza Plaza which is worth billions of Naira over an unpaid loan.
Globalvillageextra reliably that, the property which is directly opposite the VGC Lekki, Lagos is now been run by receivers’ managers appointed by Barclays’ Bank of England in a bid to recoup the money the businessman borrowed years back. A source who spoke to Global Village Extra on ground of anonymity confided in us that, the billionaire is really experiencing hard times as he has sent his children and other close family members out of the prime Olorunnisiola Estate to allow full tenancy. The mega property which built on sprawling hectares of land is worth billions and it used to house only the Okoyas and maybe few foreigners has been re-designed to accommodate more tenants to pave way for extra income.

Chief Okoya’s children, the sources further disclosed have all been settled to either get solace from the man’s other properties outside or get separate abode for individual comfort. The billionaire’s problem, we learnt stemmed when he took his last wife, Shade whom he lavished several of his life savings and income even when he was not making as much as he was when he was in active business. The beauty fashionista who’s is a classical gold purveyor transverse the universe lavishing money on her beauties, shopping for top range expensive ornaments, constructing and working on private areas of her body in a mission akin to stunning her billionaire husband for life.
Another school of thought thinks otherwise, they believe the billionaires dwindling fortune has to do with his children who are reckless and inexperienced in the running of the billionaire’s business empire.