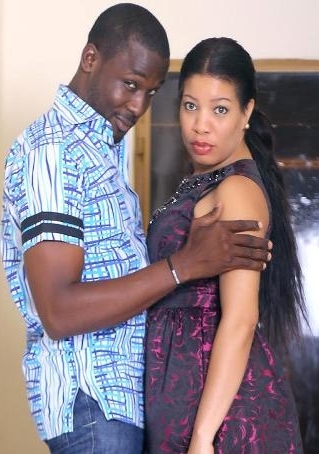 Joseph Benjamin popularly known as Joe Ben is definitely one of the hottest single male actors in the industry. It is common knowledge that many actresses had tried to get the better side of him, but the smooth player is always so elusive. He hardly hangs out after any shoot. He quickly disappears from the set whenever his takes are over.
Though he is not known with any lasting relationships, there has always been a suspicion that he and Monalisa Chinda has a special relationship. The two had been casted as lovers and married couple in recent times, and have been on various set together in many other movies. Though it is hard to pin-point, there seem to be chemistry between the two. Joseph and Monalisa are always having time out together in between shoots. When there is a break, they usually don’t stay with other actors, but with each other, chatting away.
In a chat, Joe confirms his likeness for Monalisa Chinda, though he claims it is merely a professional thing. “Working with Monalisa Chinda has been amazing, I can’t explain what I feel but there’s something about her that makes her stand out. She is just a great person. I have worked with her before and would love to work with her over and over again.” Obsession you might say.
Monalisa Chinda, had been married once to Dejo Richard, a musician and business man, and the marriage produced a daughter. A year after they parted ways, Dejo Richards got married to an American based cousin of Hip Hop World’s Ayo Animashaun.
Speaking of divorces in Nollywood, Joe says; “It’s because the actresses in question are married to people outside lime light, for me the thing called marriage is not worth rushing into. Some get married for wrong reasons which lead to physical abuse and the only way out is to separate,” he said.
Posted by Unknown at 04:11