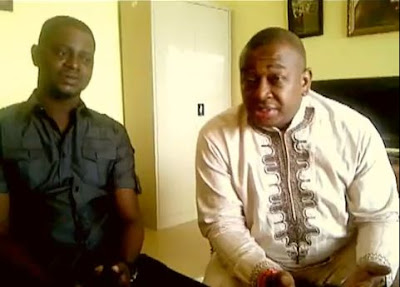 Last September, the name Adewunmi Oyekanmi became quite popular in the news after the infamous assault incident with BEAT FM exec Olisa Adibua. Eight months later, Adewumni has been fired from the company. Sources say the management was prompted to sack Adewunmi after he had another misunderstanding with a Naija FM staff – this time over an item which was missing in the office. Adewunmi was accused of stealing another staff’s meal – a pack of Jollof rice. Sources say, Adewunmi denied the accusation but a CCTV camera which recorded the whole incident proved him wrong. Insiders at the Beat insist Oyekanmi was not victimised, but only unfortunate to have been the one caught. ‘Management had been trying to stop the issue of stealing.

That’s part of the reason they installed CCTV everywhere, and encouraged all staff to report cases of missing items, so these can be tracked using the CCTV recordings. It’s just unfortunate that he’s the one that was caught. If it had been anyone else, the same fate would have befallen that person’ We could not immediately reach Oyekanmi. NET placed a phone call to the General Manger at BEAT FM Deji Awokoya who told us he would get in touch even before we could ask him any questions on the matter. ‘I’m in a meeting, I’ll call you later please, thanks’, Awokoya said over the phone. On Thursday, September 8, 2011, Olisa who is the Director of Programmes at Naija FM, Beat FM and Classic FM had assaulted and severely injured Adewunmi, a member of staff at the Lagos radio station The incident went public and caused a media frenzy, with people calling for Adibua’s head.
This was followed by Adewunmi’s statement claiming that Olisa had settled with him. Shortly after BEAT FM released an official statement, confirming and condemning the altercation which was finally followed by Olisa’s official statement saying he was ‘sorry’. Olisa however served an indefinite suspension before resuming back at work weeks later.